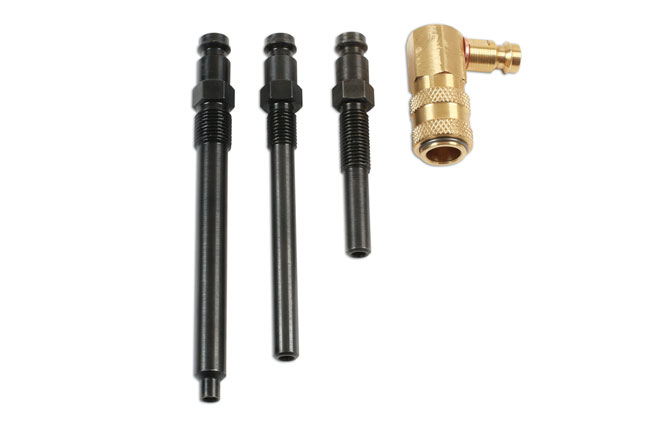 7523 is a selection of diesel glow plug compression test adaptors specifically designed to allow Laser diesel compression testers (4510 & 2596) and cylinder leakage tester (5140) to be used on the current range of Jaguar & Land Rover diesel engines including the 2.2 TD4, TDV6, TDV8 and the latest Ingenium engines. The kit includes a specially designed 90 degree connector to allow access on TDV6 engines where the oil filter obstructs normal access. 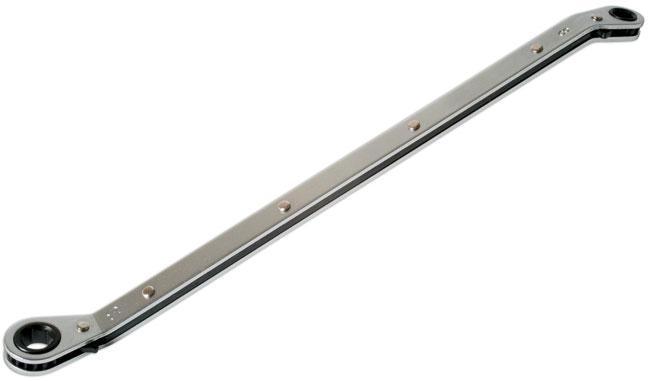 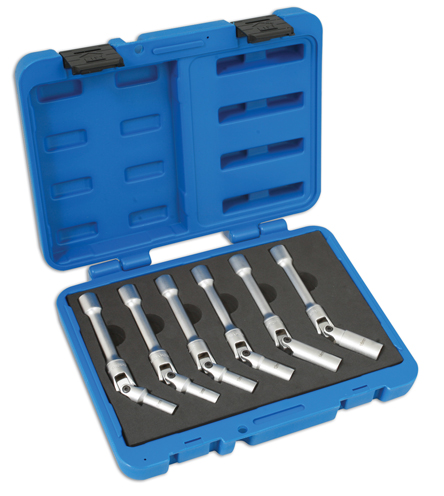 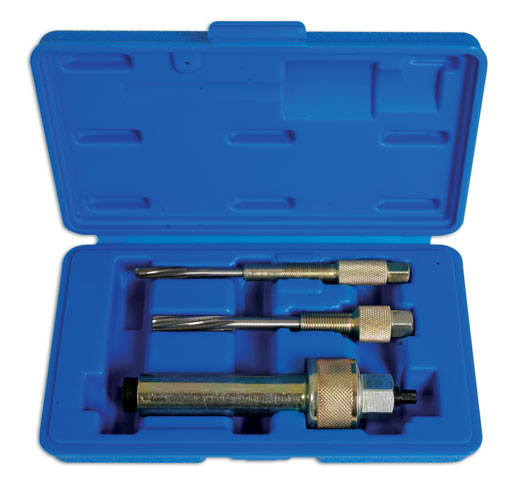