Fredrik Fagerström from Huddinge, south of Stockholm in Sweden, is committed to both his work and hobby and Kamasa Tools is his long-time partner. Read more

He is the owner of a trucking business in Stockholm where he makes service for the public road authority. A 24/7 stand-by service that includes repairing accessory road constructions and clearing roads from snow during winter.

Urgent maintenance are done as they occur but most duties are scheduled during night-time to avoid traffic interference as much as possible. Tools are an important part of his work.

Fredrik’s commitment to his tasks doesn’t end there.

To motorsport spectators he is more known as “Fast Freddy” competing with an old Chevrolet Pickup Truck in the FIA European Drag Racing Championship. We should point out that “Old Chevrolet” is not to be taken literally. The only remains of the original car are some small parts of sheet metal around the roof and the door handles. It’s a tubular chassis with racing components and a carbon fibre body in the shape of a 1966 Chevrolet. It has a 3000 horsepower engine running on methanol that takes him from 0 to 390 km/hour in 5,9 seconds.

Freddy is competing in Pro Mod racing class and the service intervals on a race car on this level are extreme. Engine, clutch and transmission are checked between every round and many components are changed as routine maintenance in the short timespan before next round. A committed race team is as important as a good running car and the choice of tools is crucial. 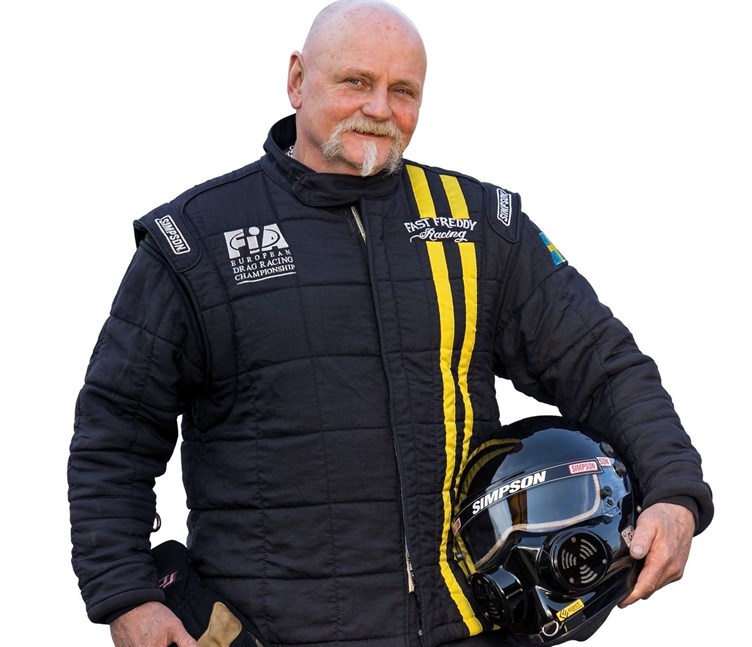